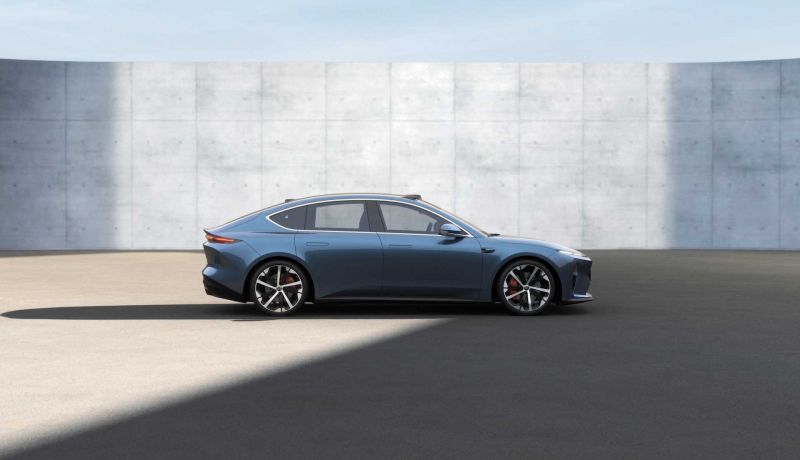 The NIO ET5 electric sedan competes with the Tesla Model 3 in China.

Electric vehicle manufacturer NIO Inc., which is one of Tesla’s biggest rivals in China, reported strong Q3 results on Thursday boosted by growing demand for its technology-packed electric vehicles.

NIO delivered 10,059 of these vehicles in October, representing an increase of 174.3% year-over-year. It indicates that China’s auto industry is rebounding from the recent covid-19 lockdowns that disrupted supply chains and stalled production.

NIO plans to produce its own electric vehicle batteries as a way to boost profitability and competitiveness in the growing EV segment, as well as lessen its reliance on battery suppliers. The in-house developed high-voltage battery packs will allow NIO to better compete with Tesla in its home market, as well as in Europe, which is NIO’s first overseas market outside of China.

NIO plans to start producing the more powerful 800-volt battery packs in the second half of 2024.

NIO also has plans to launch a more affordable EV brand that could attract more budget-conscious consumers. In July, local news outlet Gasgoo reported that NIO aims to better compete against the Tesla Model 3 and Model Y in the China market, citing CEO and chairman William Bin Li. The sub-brand will have an annual capacity of 500,000 electric vehicles a year.

NIO is also expanding outside of its home country of China. After launching in Norway, on Oct 7, the automaker unveiled its products and services for Germany, the Netherlands, Denmark, and Sweden at the “NIO Berlin 2022” event. NIO will offer three models in European countries, the ET7 sedan, EL7 SUV and ET5 sedan. Each is being made available via subscription, leasing programs and direct sales to customers.

NIO’s ET5 sedan was unveiled in Dec 2021. The mid-size ET5  competes with the Tesla Model 3 and other similar electric sedans in China.

As of Sept 30, NIO’s cumulative deliveries since 2018 reached 217,897 vehicles, most of which were sold in China. With growing sales, NIO is becoming a bigger rival to Tesla in China, which going forward will make it harder for the Austin, TX based company to compete in the world’s biggest auto market.